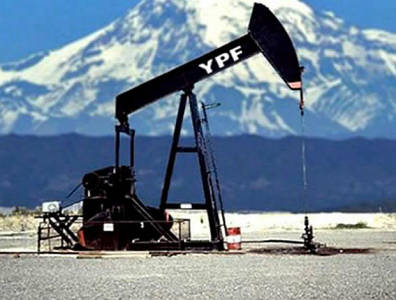 BUENOS AIRES, May 27, 2016 – Argentina is targeting an almost 25% increase in oil production over 2015, an official from the country’s Ministry of Energy and Mining said late on Thursday. Speaking at an event in La Jolla, California, Energy Planning Secretary Daniel Redondo said domestic output should hit 653,000 bopd in 2025.

Raising production should go some way in bridging the gap between local supply in demand – Argentina became a net importer in 2013. Yet Redondo cautioned against too much optimism, saying a return to surpluses in the near term is unlikely. “We don’t believe in self sufficiency. We believe in supplying the country’s needs […] Self sufficiency would imply [having] an exportable surplus, and that is not going to happen soon.”

As part of Argentina’s production drive, the country’s Yacimientos Petrolíferos Fiscales, commonly referred to as YPF, might seek investment in the 30 blocks that make up its non-core assets, local media reported on Friday. YPF, whose planned 2016 capital expenditure of USD 6 billion for 2016 is 25% lower than last year’s spending, does not have the financial means to develop the assets on its own. The company controls 90 producing assets and 45 exploration blocks.

For more news and features on the oil and gas industry in Argentina, click here.