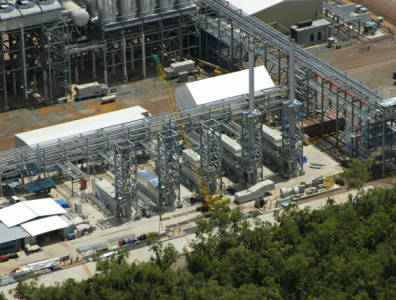 MELBOURNE, January 11, 2016 – Australia Pacific LNG, a supplier of gas to power stations in northeast Queensland, announced on Monday that the first cargo of LNG left its facility on Curtis Island near Gladstone, Australia.

The $17-billion project is the third coal seam gas to LNG conversion facility to open on the island, and is expected to create around 10,000 jobs before 2020. At full capacity, the two-train LNG plant will produce 9 million tonnes per year of LNG to be exported to foreign customers.

“With our domestic customer portfolio, the start of Train 1 and the first export of LNG, Australia Pacific LNG has become the largest producer of natural gas in Eastern Australia. This position will only be strengthened as we expect to reach full production from two LNG trains by the end of 2016, reflecting our industry-leading 2P reserves position,” the CEO of Australia Pacific LNG, Page Maxson, said in the company statement.

The project is run by ConocoPhillips, co-owner of the project with Origin, which supplies gas to the plant, along with China’s Sinopec.