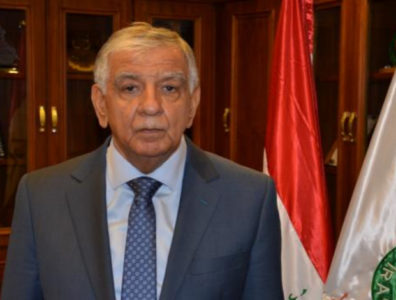 Citing “very constructive” talks with Iraqi Prime Minister Haider Al Abadi on Saturday, Barkindo said the stance of Iraq and that of many other OPEC and non-OPEC members was “encouraging.”

Also speaking on Sunday, Minister of Oil Jaber Al Luaibi on the other hand said that the country was planning to ramp up production to 5 million bopd before year-end 2017.

He added that the country was also working to increase its reserves in an effort to potentially reach 178 billion barrels before the year is out. In February, Al Luaibi announced that Iraq’s oil reserves stood at 153 billion barrels, up 7% from the figure communicated in recent years: 143 billion barrels.

Iraq will be looking to a major sea water injection project to drive the increase in production. Plans to that end have been around for several years, with recent reports suggesting that the government has courted ExxonMobil and PetroChina to lead the endeavour, along with the development of the Nahr Um and Ratawi fields.

In November 2016, the Ministry of Oil directed South Oil Company to seek bids for a major sea water injection project, which called for a capacity of 5 million barrels of water per day, to be executed in two 2.5-million-barrel-stages. The project would supply seawater for injection purposes to fields the provinces of Basra, Maysan and Dhi-Qar.

Without elaborating, Al Luaibi on Sunday said a sea water injection project was close to going up for tender.

Iraq is also planning a new bidding round in the second half of 2017. The fields up for bid will be Basra’s Sinebad, Um Qaser, Rachi and Abu Khema. In Missan province, it concerns the Kumait, Noor, Umara, Dema and Dujaila fields. The remaining assets are the three so-called mid-Euphrates fields: Mergan, Kifl and West Kifl.