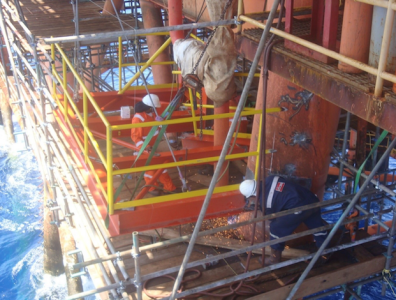 Trion-2DEL was spudded in mid-November and encountered hydrocarbons at a depth of 4,659 metres in an Eocene formation. The company subsequently began drilling a sidetrack well at the field on January 4 “to further appraise the field, including the oil-water contact,” the review said.

Trion is estimated to contain 475 million boe in contingent resources. The field is operated by BHP with a 60% stake, while NOC Pemex holds a 40% interest.

In other news from Mexico, Upstream Online reported on Tuesday that Cairn Energy has lined up three shallow-water wells for 2019.

The company will drill one well in Q3 at Southeastern Basins Area 7, where it holds a 30% participating stake along with partners Eni (45%) and Citla Energy (25%). Operator Eni has said it would target the Ixchel or Yatzil prospects at the block.

Cairn will also drill two wells at Southeastern Basins Area 9 in Q3 and Q4, targeting the Kukulkan or Bitol plays and the Alom prospect, respectively. The company operates the block with a 60% stake, working alongside Citla (40%).