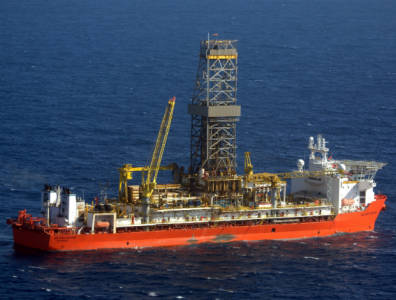 Cairn has contracted the drillship Ocean Rig Athena from block partner ConocoPhillips to drill two appraisal wells, SNE-2 and SNE-3, near the SNE-1 discovery in the Sangomar Deep offshore block, starting in the fourth quarter of 2015. A third well, the wildcat BEL-1, will target the Bellatrix prospect and is slated for the beginning of 2016. Cairn will also shoot 2,600 square kilometres of 3D seismic covering the Sangomar and Rufisque block, set to start in the third quarter of 2015.

Cairn announced its first discovery, FAN-1, on the Sangomar Deep in October 2014, followed by SNE-1 one month later. Existing data from these wells and other prospects put the company’s estimates for the block’s recoverable resources at 150 million-670 million barrels of oil, with proven and probable, or 2P reserves, at around 330 million barrels. First oil is expected for between 2021 and 2023 at an initial rate of 50,000-1000,000 barrels per day.

Cairn has a 40-percent operating interest in the Sangomar Deep, Sangomar and Rufisque blocks, together with ConocoPhillips (35 percent), Australia’s FAR (15 percent) and Senegal’s state-owned Petrosen (10 percent).

Petro Matad gears up for Mongolia survey
Next

UK offers up 27 blocks for fracking