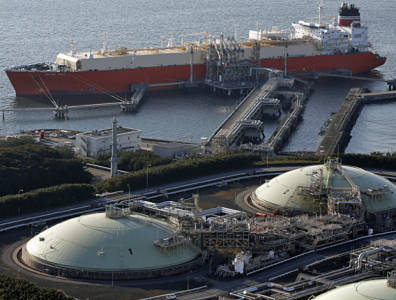 PERTH, April 12, 2016 – The 18th International Conference & Exhibition on Liquefied Natural Gas got underway in Perth on Tuesday. In his presentation, Shell CEO Ben van Beurden highlighted the importance of engineering and construction in driving down the costs of LNG plants. Van Beurden was among a host of top-level executives sharing their insights into the latest sector-related developments. LNG 18, as the conference is commonly referred to, runs through April 15.

“LNG plants have become more expensive because we take more time to engineer them, because we face lower productivity when we build them, and because we’re often working in more complex locations. We need to reverse this trend,” the Shell CEO said.

Peter Coleman, chief executive at Woodside Petroleum, stressed the need for phased development, calling it a “sensible approach” in light of the drop in oil prices. “Too often we’ve tried to do too much all at once, driven by an insatiable desire to grow,” he said.

Touching upon the benefits of rapidly deployable floating storage and regasification units, referred to as FSRUs, in serving new markets, RasGas’ Hamad Mubarak Al Muhannadi said the vessels could help open up India, Bangladesh and Pakistan. “For us, creating new customers and new markets is essential […] We are focusing on going into new markets,” the head of the Qatari company told the audience.

Chevron boss John Watson, while complimenting Australia on its environmental, safety and workforce standards, said the country would have to continue working on its investment climate. “Australia has the resources, but it’s going to have to put together an offering so that companies like mine can develop these resources,” he said. “The [LNG] markets have evolved. It has become a mature business, and there is a lot of gas [competition] out there.” Chevron’s local subsidiary is the operator of the USD 54-billion Gorgon LNG plant.

Suppliers must become more competitive too, Inpex chief executive Toshiaki Kitamura told the audience in Perth, in order to respond to a shift in “buyers’ priorities.” Pointing to a “major structural change” in the industry, he said, “LNG buyers once prioritised long-term, stable LNG supplies. [However], with the easing of the market brought on by the increase in supply sources, buyers are more and more inclined to pursue flexibility in the terms of agreement including contract period, procurement volumes and destinations.”

Pertamina looking to buy into projects
Next