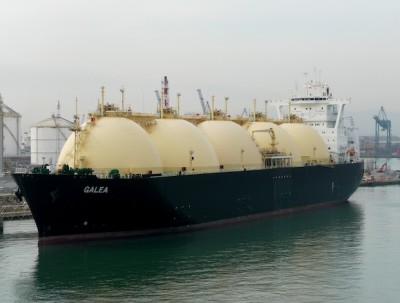 Chevron will supply up to 1 million tpy of LNG for 10 years, starting in 2020. The company is currently bringing its USD 54-million Gorgon field and its Wheatstone project to completion, both of which will most likely supply the LNG for the deal. The two projects can together produce up to 24.5 million tpy of LNG.

Although the deal will not start until 2020, it will reduce Chevron’s exposure to the volatile spot LNG market, which is currently suffering from oversupply and low prices. The price of gas dropped by two-thirds in the last year to USD 7.4 per million Btu for spot imports in Japan in November, and is even lower for imports in Louisiana’s Henry Hub, down to USD 1.82 per million Btu as of December 15.

Chevron’s executive vice-president for gas and midstream, Pierre Barber, said during Tuesday’s announcement of the contract that “the deal was an important step in the commercialisation of Chevron’s natural gas holdings in Australia and the establishment of the company’s global liquefied natural gas portfolio.”