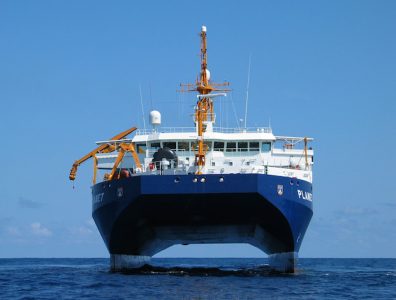 MEXICO CITY, December 22, 2015 – Norway’s Statoil signed an agreement with oilfield services giant Schlumberger on Monday to licence the deepwater seismic survey in the southern Gulf of Mexico through Schlumberger’s seismic acquisition unit WesternGeco. Eight vessels will conduct the survey in the Bay of Campeche over three years.

The project launch came shortly after Mexico’s oil and gas assets were privatised in late 2014 in an effort to revitalise the country’s ailing hydrocarbons industry. Mexico’s National Hydrocarbons Commission announced last week that it was planning to auction 10 blocks in deep and ultra-deep waters in the Gulf of Mexico in 2016, for which private and foreign companies will be eligible.

The Campeche Basin has a complex geology, but is very promising. The seismic survey will cover 80,000 sq.km and be the first wide-azimuth multi-client broadband survey of the Gulf of Mexico’s Mexican waters.