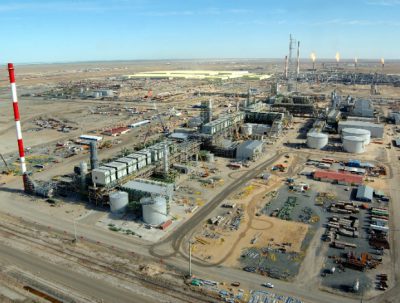 SAN RAMON, July 5, 2016 – Chevron has signed off on the Future Growth and Wellhead Pressure Management Project for Kazakhstan’s Tengiz oilfield, the company announced on Tuesday. The USD 36.8-billion endeavour will increase production by 260,000 bopd.

Through its 50% owned affiliate Tengizchevroil (TCO), Chevron will utilise sour gas injection technology to raise output from the world’s deepest super-giant field, located at least 3,657m beneath the surface. The technology was first deployed in 2008 during TCO’s previous expansion project.

“This project builds on the successes of prior expansions at Tengiz and is ready to move forward,” Jay Johnson, Chevron’s executive vice-president for upstream, said. “It has undergone extensive engineering and construction planning reviews and is well-timed to take advantage of lower costs of oil industry goods and services,” he added.

Chevron, the biggest private producer in Kazakhstan, said that USD 27.1 billion of the earmarked USD 36.8 billion will be required for the project’s facilities. USD 3.5 billion will be directed towards wells, with another USD 6.2 billion slated for contingency and escalation.

Crude from the Tengiz field is fed into the Caspian Pipeline Consortium’s 1,505-km export conduit, which connects with the tanker-loading facilities at Novorossiysk, one of Russia’s gateways for exports across the Black Sea. Chevron holds a 15% stake in the consortium, which also ensures crude from the Karachaganak field, in which the company has an 18% share, reaches the markets.

Chevron’s partners in TCO are ExxonMobil with 25%, KazMunayGas with 20% and Lukoil subsidiary LukArco, which holds the remaining 5%.