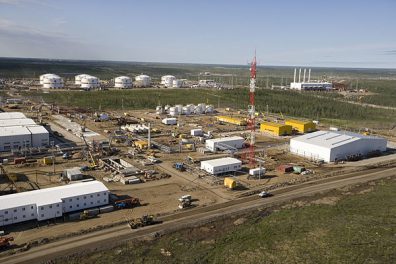 LONDON, July 14, 2021 – Oil was down Wednesday morning in Asia, after data showing that China’s crude imports dropped in the first half of 2021 triggered fuel demand concerns. However, the black liquid still remained near a one-week high as supply concerns persist alongside the economic recovery from Covid-19.

Crude imports in China, the world’s top oil importer, reportedly dropped by 3% from January to June 2021 year-on-year. Import quota shortages, refinery maintenance and rising global prices led to reduced purchases that resulted in the first such contraction since 2013.

The note referred to the ongoing disagreement over supply policy within the Organization of the Petroleum Exporting Countries and allies (OPEC+), which has left the output increase for August, now less than three weeks away, in limbo. The cartel is yet to meet after talks held at the beginning of the month ended without agreement.

Meanwhile, the International Energy Agency said global withdrawals from storage in the third quarter of 2021 are forecast to be the most in at least a decade, thanks to early June stock draws in the US Europe and Japan.

US crude oil supply data from the American Petroleum Institute released on Tuesday showed a draw of 4.079 million barrels for the week ended Jul. 9. The draw was smaller than both the 4.333-million-barrel draw in forecasts prepared by Investing.com and the 7.983-million-barrel draw recorded during the previous week.

Investors now await crude oil supply data from the US Energy Information Administration, due later in the day.