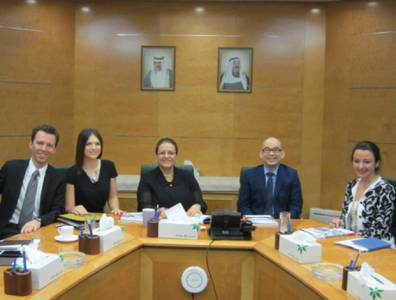 KUWAIT CITY, May 28, 2015 – Tan Tat Thong, international banking and syndication division general manager for Commercial Bank of Kuwait, has told TOGY the bank plans to see the yuan become the most common medium of trade.

“We are expecting to see the yuan become the top trading currency going forward, given China’s position as one of the main exporting and importing countries in the world, which is supporting the increasing use of the Chinese currency,” Thong told TOGY in an exclusive interview on Thursday.

On April 14, Qatar opened a clearing centre for the yuan, the first such institution in the Middle East. The centre’s clearing bank is Industrial and Commercial Bank of China’s Doha branch. Thong stressed the importance of this development, saying, “An energy exporter may now deal directly in yuan and use Qatar’s clearing centre with considerable savings – potentially up to 3 percent of transaction value – which we expect will further drive the use of the Chinese currency in the region.”

According to the Reuters agency, China and Qatar’s total bilateral trade tripled between 2008 and 2013 to around $11.5 billion. The central banks of the two countries signed a CNY35-billion ($5.6-billion) currency swap deal in November 2014. China made a similar deal with the UAE in 2012. Qatar also became a founding member of China’s Asian Infrastructure Investment Bank in April.

The Asian Infrastructure Investment Bank is an international development bank meant to provide infrastructure investments for the Asia region. It is regarded by some in the financial community as not only a rival to the Asian Development Bank, the IMF and the World Bank, but also as a direct response to the US’ Trans-Pacific Partnership, an Asia-focused regulatory and trade treaty that has faced numerous delays in implementation since 2005.

Click here for more news and features from Kuwait.