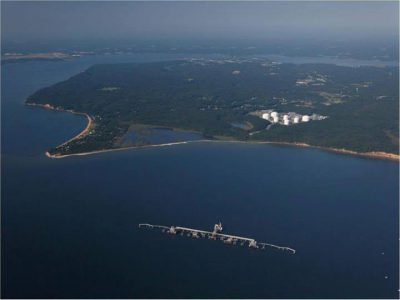 Cove Point is the second LNG export terminal to come on stream in the lower 48 US states, Reuters reported. The Sabine Pass terminal in Louisiana, operated by Cheniere Energy, started exporting in 2016.

Cove Point has been used for the importation of LNG since 1972. Dominion Energy, which bought the terminal in 2002, received regulatory approval to build a new LNG train with 5.75-million-tpy capacity there in 2014. The project’s total estimated cost is USD 3.8 billion.