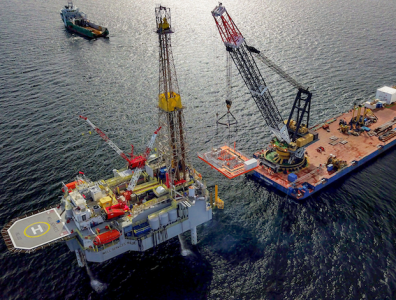 PORT OF SPAIN, November 22, 2018 – E&P player DeNovo Energy has begun producing gas from the offshore Iguana field, becoming the fifth gas producer in Trinidad and Tobago, the company announced in a press release on Wednesday.

The first gasfield off the country’s west coast to be developed, Iguana achieved first gas in less than three years after project startup. The fast-tracked development was also the first to use a local jack-up, Rig 110, owned by Well Services Petroleum Company.

An output of 2.27 mcm (80 mcf) of gas per day will be delivered to the National Gas Company (NGC) under an August 2018 sales agreement, and then distributed among petrochemicals plants at the Point Lisas Industrial Estate.

“DeNovo’s first gas production is an important milestone for our industry, as it highlights a local player coming into the petrochemical gas market,” NGC president Mark Loquan said. “The speed at which this field was developed highlights the level of commitment, talent and innovation which exists in Trinidad and Tobago’s energy industry.”

Located in Block 1(a) in the Gulf of Paria, the Iguana gasfield is operated by DeNovo Energy with an 80% stake. Partner NGC holds the remaining 20% interest.