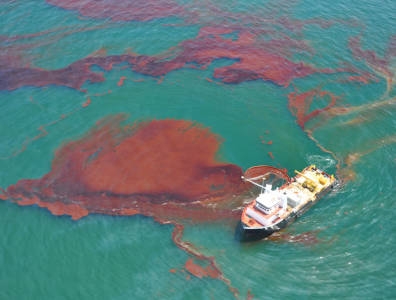 NEW YORK, June 29, 2015 – A biodegradable herding agent to clean up oil spills has been developed by researchers in the US and UK.

The agent is derived from phytol, a plant-based molecule abundant in the marine environment, and can be used in the clean-up of light crude spills.

Herding agents typically used on the spills are non-biodegradable surfactants that line the periphery of an oil slick and push its contents inwards or thicken them for removal.

The research team consisted of three scientists from the City College of New York and Tulane University in the US and the UK Royal Society of Chemistry.

The team reported an equal efficiency to standard polymer-based solutions in lab testing.

Principal researcher George John from the City College of New York said the agent’s molecules break down within a month.

The new agent is unlikely to completely replace standard ones, but could become the primary solution for certain types of spills, he said.

US light oil exports double in 2015