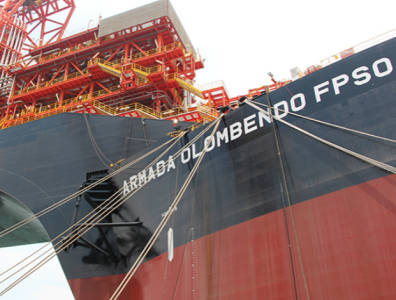 The West Gemini drillship drilled the Agidigbo-1 NFW well in a water depth of 275 metres, reaching a total depth of 3,800 metres. Further appraisal work is planned in early 2020.

“Due to its proximity to East Hub’s facilities and subsea network, which are at about 10 kilometres away, production from Agidigbo can be fast-tracked, thus extending the Armada Olombendo FPSO production plateau,” the company said in a statement.

The Agidigbo light oil discovery marks Eni’s fifth commercial find in the block in one year, following the Ndungu discovery in May.