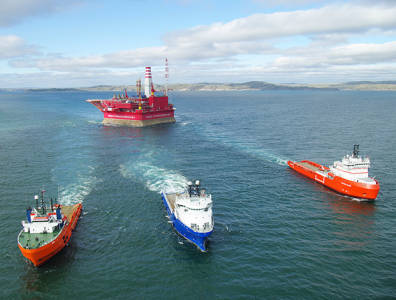 European antitrust regulators can leverage steep fines against the company, institute policies geared towards transparency and permit customer countries to sell gas to third parties such as Ukraine. In theory, fines against the Russian gas entity could reach more than €10 billion, but the EU has never imposed penalties that high.

While Europe currently accounts for around 50 percent of Gazprom’s revenues, a 30-year contract signed with China in 2014 suggests that the company is planning to concentrate more heavily on Asia in the coming years.

Gazprom and the Ukrainian national oil and gas company, Naftogaz, signed a deal to triple exports to the country earlier in April. The deal followed a pair of lawsuits filed by Naftogaz against Gazprom, one claiming $6 billion in overpayments and the other demanding a fair price. The Russian company filed a $4.5-billion countersuit.

Click here for more news and features from Russia

US oil boom end this year, according to OPEC
Next