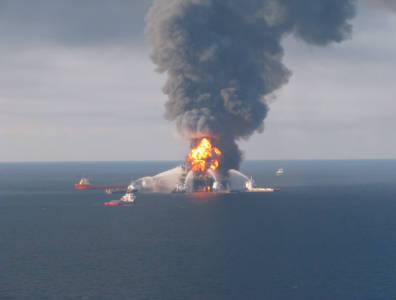 MEXICO CITY, February 8, 2016 – A fire broke out on an offshore platform in the Gulf of Mexico owned by Pemex, killing two and injuring eight, the Mexican state-run oil company released on Sunday. A third person was reported dead Monday.

The Abkatun-A platform reportedly caught fire at 5.15 am local time on Sunday and was quickly extinguished. A complete evacuation was deemed unnecessary by the company. No cause was given for the accident.

Two of the deceased were believed to have worked directly for Pemex, while the third worked for Mexican contracting company Cotemar.

On April 16, an explosion killed seven oil and gas workers and injured 16 on the same platform. The accident caused the company to put on hold 220,000 bod of production, which was soon restored.

In January, Pemex’s Zaap E platform caught fire in the Bay of Campeche, but the workers were able to evacuate the platform without any harm.

Pemex’s operations on the Gulf of Mexico make up 1.78 million bopd out of its total crude production of 2.27 million bopd.