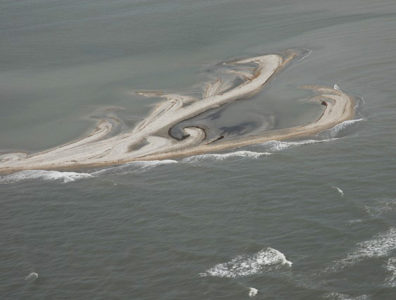 Fire on US oil platform off Gulf of Mexico

HOUSTON, May 25, 2015 – A fire broke out Friday on an offshore oil platform owned and operated by Houston-based private Texas Petroleum Investment. The platform is located in state waters in Breton Sound block 21, 32 kilometres off the coast of Louisiana.

All 28 workers were safely evacuated to the coast of Louisiana after boarding a nearby supply vessel. No injuries from the fire were reported. Texas Petroleum halted production in all wells that were connected to the platform.

The platform can produce up to 2,200 barrels of oil per day has a storage capacity of 4,000 barrels of crude, relatively small compared to other platforms located in the Gulf of Mexico. It was unclear how much oil was leaked, but the US Coast Guard reported a 1.4-nautical mile rainbow sheen in the water after flying over the site.

“The production platform where the fire occurred gathers oil and then pumps it through a pipeline, so there is little oil stored on site and all wells feeding the platform have been shut down,” David Marguiles, spokesman for Texas Petroleum, wrote in an email.

Launch of Cooper’s FEED phase for Sole gasfield
Next