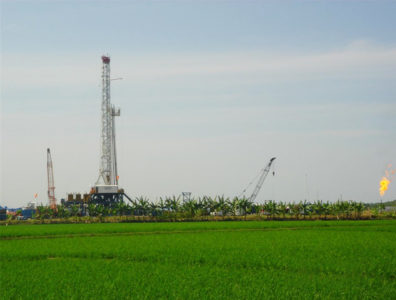 JAKARTA, May 25, 2015 – A report published on Saturday in the Jakarta Post announced the Indonesian Ministry of Energy and Mineral Resources’ plans to tender an additional 10 oil and gas blocks, some of which will be available in the 2015 bidding round.

This concession comprises eight conventional oil and gas blocks and two unconventional shale blocks. Four of the conventional blocks will be appointed directly, while the rest are open for bidding.

This announcement comes after the signing of 13 new contracts on Friday equaling a total investment of $166.3 million, completing a deal for 11 of the blocks that had been awarded earlier this year.

An increase in offering blocks is part of the government’s efforts to increase oil production and to boost investment amid low crude prices. Investment has decreased from 25 in 2012 to 14 in 2014. This initiative falls in line with the government’s aim of making the country a net energy exporter by 2019 despite the falling gas prices.

Fire on US oil platform off Gulf of Mexico
Next