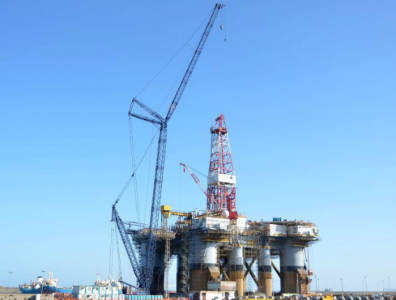 LONDON, April 13, 2016 – Premier Oil on Wednesday reported that it had produced its first oil from the Solan field, located some 137 km to the west of the Shetland Islands. Oil had been flowing from the field’s production well, the first of two-such wells, at a “deliberately restricted initial rate” since Tuesday.

Drilling work on the second production well, carried out by Diamond Offshore’s Ocean Valiant, is currently underway, and is expected to be tied-in around June. With both wells on stream, output from Solan is expected to reach between 20,000 and 25,000 boepd. Crude from the subsea wells will be delivered to a jacket-mounted processing facility and stored in subsea tanks before being loaded onto shuttle tankers.

First oil was initially scheduled for the fourth quarter of 2015, but “unprecedented weather conditions” kept Premier Oil from making that deadline. The delay in getting to production forced the company to lower the field’s valuation by USD 385 million in 2015. Solan is expected to produce 40 million barrels of oil.

Chinese oil imports up
Next