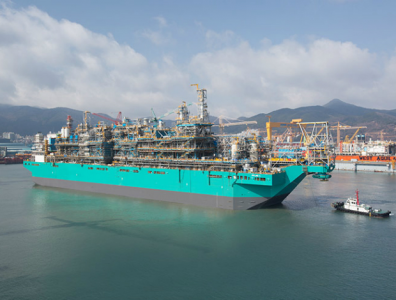 BRAZZAVILLE, January 18, 2023 – Wison (Nantong) Heavy Industry has begun construction of an FLNG bound for Eni’s Marine XII block in the Republic of Congo, the Chinese shipbuilding entity announced on Tuesday.

The contract to build the FLNG was signed in December 2022.

The vessel is intended to produce first gas from the shallow-water play, which contains estimated gas reserves of 198 bcm (6.99 tcf).

Production is expected to begin on the Marine XII block by the end of 2025.

The cost of the construction works was not disclosed.

The FLNG vessel will be the second deployed at the field, which combined will add 3 million tonnes per year of LNG to the energy giant’s production portfolio.

Eni acquired the Tango LNG from Exmar Group in August 2022, which is also bound for the Marine XII block.