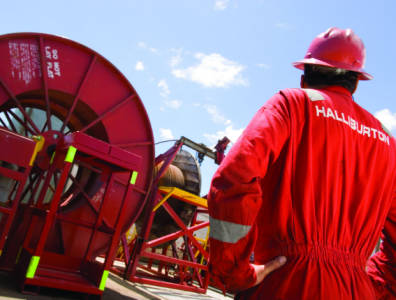 Fresh round of job cuts at Halliburton

HOUSTON, February 26, 2016 – Oilfield services giant Halliburton will axe some 5,000 jobs over the next few weeks, the company said on Friday. Representing around 8% of its global workforce, the fresh round of job losses comes in the wake of a 28% drop, or USD 9.2 billion, in revenue over 2015 to USD 23.6 billion.

According to Halliburton, some 27,000 jobs have been lost since 2014, when its employee count peaked at an estimated 80,000 people. A memo from Halliburton CEO Dave Lesar and president Jeff Miller obtained by CNNMoney read that the oil and gas industry had “turned down faster than anyone ever expected.” The executives also said the outlook for 2016 in terms of business opportunities would be “much worse than anticipated.”

Drilling success for Eni in Egypt
Next