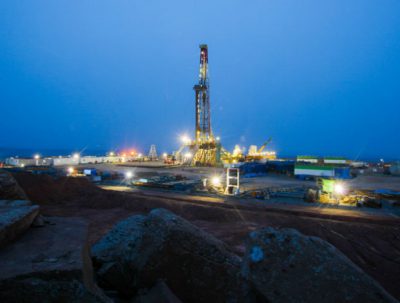 LONDON, March 28, 2017 – Genel Energy released the results of an updated Competent Person’s Report for the Taq Taq field in the Kurdistan Region of Iraq on Tuesday, revealing a drop in reserves.

Holding a 44% working interest in Taq Taq, Genel said the McDaniel and Associates report put gross 2P reserves at 59 million barrels as of February 28, 2017, down from 172 million barrels at the end of 2015.

In February 2016, Genel reported that the gross recoverable proven and probable reserves estimate for the field was revised down from 683 million barrels in 2011 to 356 million barrels as of December 31, 2015. It took a hit of around USD 1 billion as a result.

“The further reduction in reserve estimates for Taq Taq is a consequence of a reassessment of the gross rock volume above the oil water contact and fracture porosity in the undrained Cretaceous Shiranish reservoir,” Genel said in a statement.

Water breakthrough is affecting the company’s producing wells, which show significant rates of decline as a consequence. As such, Genel has dropped its 2017 production guidance for Taq Taq, choosing instead to report out figures on a monthly basis going forward.

The fresh downgrade is expected to result in an impairment of USD 181 million.