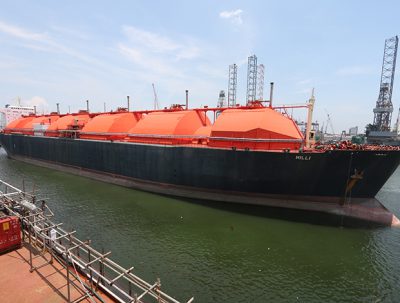 The Hilli Episeyo FLNG began producing in May, and the company is working on the FEED for an FLNG vessel for BP’s Tortue development offshore Mauritania and Senegal. In a call with investors, CEO Iain Ross said the company was eyeing two to three additional potential FLNG projects.

Golar has faced challenges in Equatorial Guinea, where it is midstream partner for the Fortuna FLNG project. Initially, operator Ophir Energy had planned to reach an FID by the end of 2017. In March 2018, Ophir said project was not expected to start producing gas until 2022, representing a significant delay from previous first gas expectations set for H2. It added that reaching a final decision on Fortuna was among three top priorities for 2018.