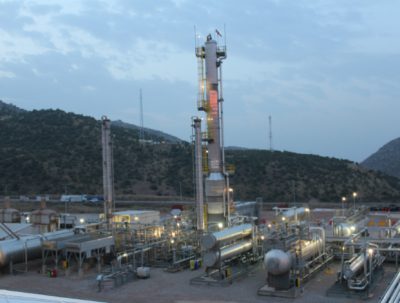 LONDON, July 1, 2016 – London-based oil company Gulf Keystone announced on Friday it is eligible for a bonus payment by the Kurdistan Regional Government, having reached 25 million barrels in cumulative production from its Shaikan field.

“In line with the terms of the Shaikan production-sharing contract, a production bonus in the amount of USD 10 million is due to be paid to the Kurdistan Regional Government’s Ministry of Natural Resources,” the company said in a statement, adding that it was in contact with the ministry on the matter to iron out “the payment and offset mechanism of the production bonus available under the Shaikan PSC.”

No statements were made regarding the company’s standstill agreement with holders of notes and bonds, which will expire today. Earlier this week, the company received its gross payment for Shaikan exports during May, albeit in two instalments. In total, Gulf Keystone was paid USD 15 million.