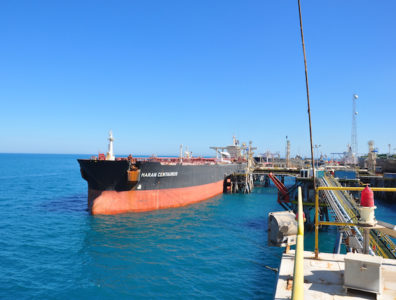 BAGHDAD, April 11, 2016 – The Iraqi Ministry of Oil announced its March crude production figures on Monday, revealing record output of 4.55 million bopd. According to the country’s Oil Marketing Company, exports were up as well.

Iraq’s oil production and exports have been on the rise in recent months as the government is scrambling to cushion the impact of lower oil prices on the country’s budget, which is strained by the ongoing fight against Islamic State. Iraq’s national oil companies first produced more than 4 million bopd in December 2015, and subsequently hitting 4.43 million and 4.46 million bopd in January and February, respectively.

Exports have grown in tandem. In March 2016, exports averaged 3.81 million bopd, up from 2.98 million during the same period last year. Last month, exports were 3.23 million bopd.

The Iraqi production increases come at a time of political uncertainty. In late March, Minister of Oil Adil Abd Al Mahdi withdrew from the Iraqi cabinet ahead of a reshuffle. His proposed successor, a Kurdish professor at Dohuk University, withdrew his candidacy a day after his nomination.

India and Iran to develop gas block
Next

Kuwait to focus on gas, condensates