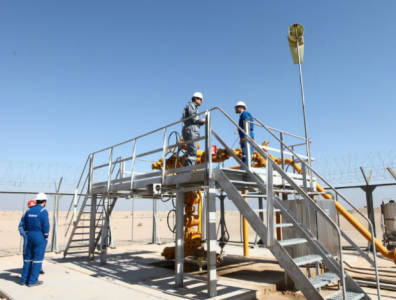 Kuwait to focus on gas, condensates

In his speech, Adsani touched upon the construction of oil-gathering centres, gas development and an offshore exploration campaign. “The future focus will be on Jurassic gas,” he said, noting that Kuwait’s targeted 2020 production volume would consist of oil and condensate. By 2022, the country hopes to have added 300,000 barrels of condensate and 28.3 mcm (1 bcf) of natural gas per day.

While delayed, a new offshore exploration campaign is still in the cards. “Our plan was to start in 2016, but we are a little delayed. We will start by March or April next year,” Adsani told the audience, adding, “We have finished the data interpretation and are trying to locate where to drill […] we have six locations to start delineation in 2017.”