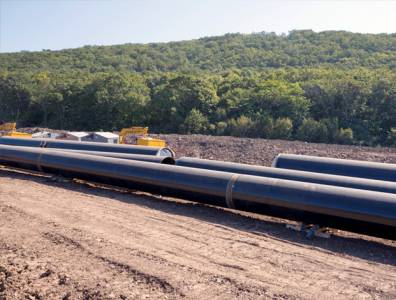 CALGARY, April 11, 2016 – The TransCanada Corporation on Monday announced the award of a build, own and operate contract for the 420-km Tula-Villa de Reyes pipeline in Mexico, valued at some USD 550 million.

To be entered into service in 2018, the work on the 36-inch pipeline is supported by a 25-year transportation service contract with Mexican state-owned power company Comisión Federal de Electricidad that will call for deliveries of 25.1 mcm (886 mcf) of natural gas per day.

“The Tula-Villa de Reyes Pipeline complements our existing pipeline network in Mexico and furthers our strategy of owning and operating highly contracted and regulated assets that generate stable and predictable earnings and cashflow streams,” TransCanada’s president and CEO, Russ Girling, said in a statement.

When the pipeline starts operations in 2018, it will bring the number of pipelines operated by the company to six. TransCanada’s most recent Mexico contract award was the November 2015 deal for the Tuxpan-Tula conduit, which will interconnect with the new pipeline.

Kuwait to focus on gas, condensates
Next