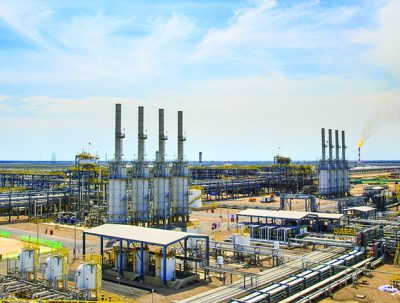 BAGHDAD, August 11, 2016 – International oil companies (IOCs) BP, Lukoil and Shell have agreed to resume investment in oilfield development projects in Iraq from the second half of 2016 onwards, a high-ranking energy official said on Thursday

According to Basim Abdul Karim, deptuty chairman of the Ministry of Oil’s South Oil Company, renamed Basra Oil Company at the start of 2016, the IOCs will be revisiting previously halted projects. “Many vital projects that foreign firms were forced to halt due to lower oil prices will be brought online after the recent budget cuts agreements,” Karim was quoted as saying by Reuters.

With the drop in oil prices Baghdad has had to engage in talks with the IOCs to discuss the terms of technical services contracts, which stipulate a fixed fee per barrel and thus affect the government more than operators in times of low prices. The Ministry of Oil has had to reach out the IOCs on several occasions over the past 18 months, requesting they spend modestly on their oilfield development plans in 2016. In February, the ministry said that negotiations had resulted in a reduction of the budget for IOCs’ development costs to some USD 9 billion. The companies had previously estimated their costs to be in the range of USD 23 billion.

According to Reuters, BP will invest USD 1.8 billion in its operations in the super-giant Rumaila field in 2016, USD 1.7 billion less than originally envisioned in 2015. Shell will spend USD 742 million of the USD 1.5 billion proposed last year. It operates the Majnoon field, in partnership with Petronas and Missan Oil Company. Lukoil will direct USD 1.08 billion towards the West Qurna-2 oilfield development project, some USD 1.02 billion less than it had suggested to spend in 2015.

The investments are expected to result in an additional 250,000 to 350,000 bopd in production in early 2017, potentially pushing Iraq’s oil output over the 5-million-bopd mark. This would make the country the fourth-largest crude producer in the world.

The Ministry of Oil has yet to reach agreements with ExxonMobil, CNPC and Petronas. In late-July, Iraqi Deputy Oil Minister Fayyad Al Nima said that ExxonMobil and PetroChina, CNPC’s listed arm, had submitted bids to develop the Nahr Um and Ratawi fields, confirming long-standing rumours that such talks were underway.