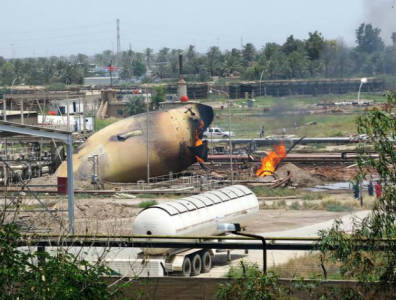 BAGHDAD, May 16, 2016 – Islamic State suicide bombers attacked a gas plant north of Baghdad early on Sunday, killing 11 and damaging the facility. At least 21 people were wounded in the attack.

Using a car bomb, six militants gained access to the Al Taji facility, where they clashed with Iraqi security forces. Upon the arrival of reinforcements, they detonated another car bomb before using their suicide vests.

Three storage tanks were set ablaze in the attack. At the time of the hit, the facility had some 200 tonnes of gas in storage. While the Ministry of Oil put out a statement on Sunday, saying there would not be “any liquid gas crisis,” the Ministry of Electricity said two nearby power stations had halted operations, taking 153 MW off the grid.