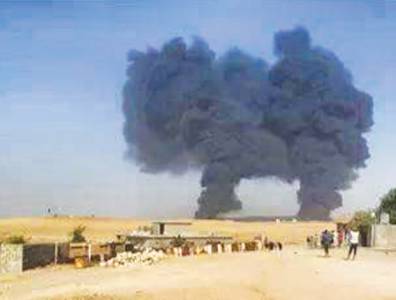 Under assault from Iraqi soldiers and Shi’ite militiamen, the militant group set the fires in an attempt to block further attacks.

The wells are located in the Ajil oilfield, 35 kilometres northeast of Tikrit. Under the operatorship of the North Oil Company, the field produced 25,000 barrels of oil per day and 4.25 mcm (150 mcf) of gas before being taken by the terrorist group in June 2014.

Speaking to Reuters, a witness described black smoke rising from the area as the wells burned.

The Ajil field has been the main petroleum asset captured by the Islamic State. The International Energy Agency estimated that the militants extracted 20,000 barrels of oil per day from the field before a bombing campaign in August damaged the field’s control room.

The ground offensive against the terrorist group by Iraqi and Shi’ite forces is the largest since attacks to contain the group began last year, and is considered to be led by Iran.

ExxonMobil to begin drilling in Guyana