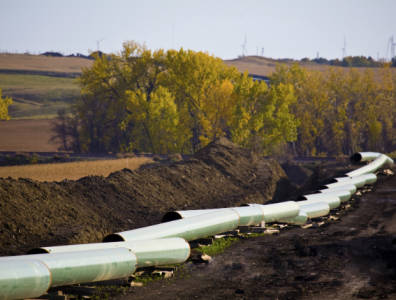 CALGARY, April 7, 2016 – TransCanada, operator of the Keystone pipeline transporting crude from Alberta to the US, late on Wednesday said the conduit would remain shut-in until early next week. Taken offline due to a 400-barrel oil spill in South Dakota, operations were scheduled to resume on Friday.

The pipeline outage has affected operations of several US refineries. Energy company Phillips 66 was forced to shut down a 64,000-bpd sour crude unit at its Wood River plant in Illinois. “We regret the impact this may have caused customers, and we are working to resolve this incident as quickly and safely as possible,” TransCanada spokesperson Mark Cooper said, adding that remediation work at the spill site was underway.

Normally operating with a 590,000-bopd capacity, TransCanada said it would maintain levels of 385,500 bopd for the rest of April. Cooper also said that in a best-case scenario, the pipeline would return into operation on April 12.