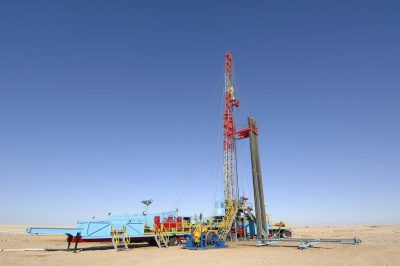 LONDON, November 12, 2018 – Kuwait Energy has made a new oil discovery in the Abu Sennan concession in Egypt, partner Rockhopper Exploration announced on Monday.

“The development well Al Jahraa 6 was successful not only in its primary objective as an Abu Roash-C infill oil producer, but also encountered good oil shows in the Abu Roash-D, E, G and made a new oil discovery in the deeper Bahariya section,” Rockhopper added in a statement to the London Stock Exchange.

Kuwait Energy operates the Abu Sennan concession with a 50% stake, and its partners there are Dover Investments (28%) and Rockhopper (22%).

The news came as Eni agreed to sell Mubadala Petroleum a 20% stake in the Nour North Sinai Offshore concession in Egypt for an undisclosed amount, the Italian major said on Monday. Eni currently holds an 85% stake in the concession while Tharwa Petroleum Company holds the remaining 15%.

“This transaction strengthens our partnership after the successful relationship in Zohr and confirms Mubadala Petroleum’s trust in Eni’s robustness as operator, both in projects development and exploration activities,” Eni CEO Claudio Descalzi said.

Also on Monday, BP announced it was planning to invest USD 1.8 billion in Egypt next year, Abu Dhabi daily The National reported.