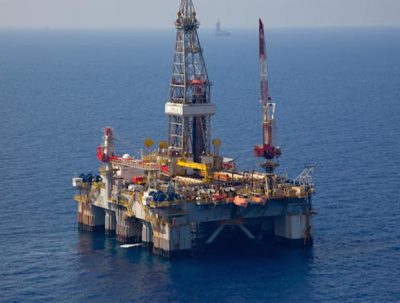 HOUSTON, February 23, 2017 – Noble Energy announced on Thursday that it had sanctioned the initial phase of the Leviathan gas project offshore Israel.

Leviathan, home to 623 bcm (22 tcf) of natural gas resources, is operated by Noble, which plans to drill a production well as part of a 90% increase in spending this year. The first stage of development envisions four wells with a capacity of 8.5 mcm (300 mcf) per day each, and first gas is expected in 2019, Noble said in a statement.

“Sanction and development of Leviathan build on recent portfolio milestones and reinforce our focus on high-margin growth,” CEO David L. Stover said in a press release.

“With 40 tcf [1.13 tcm] gross recoverable resources discovered by Noble Energy in the region, we can continue to grow our Eastern Mediterranean business for decades,” he added. “This includes material additional development beyond phase one at Leviathan.”