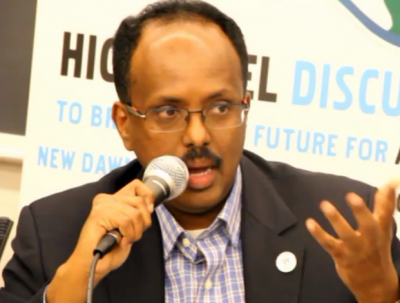 Hassan Ali Khaire, the new prime minister, is a dual Norwegian-Somali citizen who in December was cleared in a bribery investigation conducted by Britain’s Serious Fraud Office.

While President Mohamed, himself a dual citizen of Somalia and the USA, has vowed to reduce hunger and corruption in the war-torn country, critics say the appointment of a new prime minister could backfire.

“New PM means there will be absolutely no accountability for 4yrs of corruption,” tweeted Mohamed Mubarak, a prominent activist against corruption. “And status quo will continue. Disappointed.”

Mohamed was inaugurated on Wednesday. During the ceremony, he cautioned against too much optimism. “Multiple challenges are ahead of our government. Therefore, I am telling people that because of the limited resources we have, our achievements will be limited,” the president was quoted as saying by Al Jazeera.