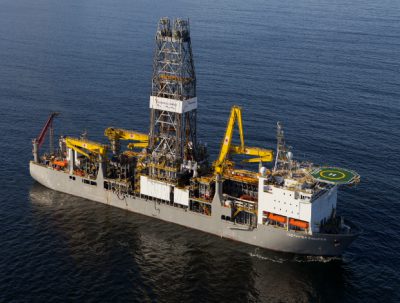 The figure for Q4 stood at USD 226 million, just short of the USD 230 million for Q3.
Excluding net favorable items, adjusted net income for the full year stood at USD 655 million, or USD 1.75 per share, the company said in a statement.

“As a direct result of our strong performance in 2016, we generated cash flows from operations of USD 1.9 billion, which, when combined with the multiple financing transactions consummated throughout the year, further strengthened our liquidity,” CEO Jeremy Thigpen said in a press release.

“Looking forward, improving market fundamentals along with a steady flow of customer inquiries are increasing our confidence that the offshore drilling market trough is near,” he added.