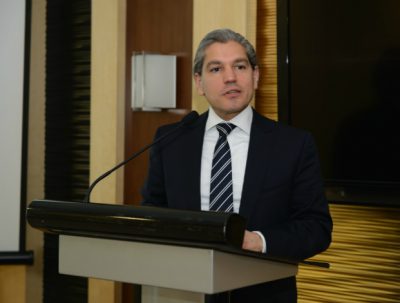 MEXICO CITY, February 23, 2017 – Mexican Undersecretary of Hydrocarbons Aldo Flores Quiroga on Thursday confirmed that Mexican oil and gas authorities are planning a deepwater tender at the end of 2017 as part of the Round Two bidding process.

Speaking to Bloomberg, the undersecretary elaborated on plans to auction off two blocks in areas where tensions with local communities have recently been on the rise. These blocks, located in the state of Chiapas, are scheduled to be offered in Round Two.

Flores stated that whether or not the blocks would be auctioned would be determined by the evolution of the prior consultation process with community representatives, which is required by law.

When asked about shale opportunities in the country, Undersecretary Flores said that the establishment of new regulations and institutions to oversee the domestic industry was nearly complete, allowing for the reopening of a discussion about a tender for unconventional areas. A shale tender was initially intended to be part of Mexico’s Round One licensing process, but was put on hold in July 2015, due to low oil prices.

Undersecretary Flores also told Bloomberg that the liberalisation and restructuring of the country’s oil and gas value chain, from upstream to downstream, was expected to be completed by the end of the year, ensuring that a general continuation in this direction would not be affected by changes in administration following Mexico’s 2018 elections.

Regarding US-Mexican bilateral relationships, Undersecretary Flores said that the two countries have complementary energy industries and that Mexico expects to ”continue having a fruitful relationship in that space.”