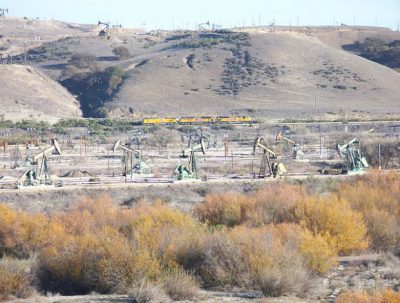 In a company statement sent to investors, Apache gave insight into the numbers. It spent USD 1.9 billion in oil and gas capital investments in 2016, funds which helped it discover significant new resources in the Permian’s Delaware Basin.

Apache has budgeted USD 3.1 billion for oil and gas capex in 2017, reflecting optimism for the company’s fortunes moving forward. The majority of its capital will go towards its work in western Texas’ Permian Basin, where it expects to see total production grow by 50% per year over the next two years. Apache projects to grow company-wide production by 10% per year until Q4 2018.

John J. Christmann IV, Apache’s CEO and president, is looking past the losses and positive about the future. “2016 was a very successful year and an important step in Apache’s transformation. We protected our balance sheet in a volatile price environment, remained focused on costs, and allocated our capital to high-return projects and strategic testing opportunities,” said Christmann in the company statement.

“We are poised for excellent long-term organic growth through 2018 and beyond, which will be driven primarily by our high-quality acreage positions in the Delaware and Midland Basins.”

Chesapeake CEO Doug Lawler said that “increase in activity” had positioned the company for “increased profitability.”

“During 2016, we made significant progress in improving our capital efficiency, decreasing cash costs and future midstream commitments while improving our liquidity and leverage profile, which resulted in a much stronger foundation for Chesapeake going forward,” he added.