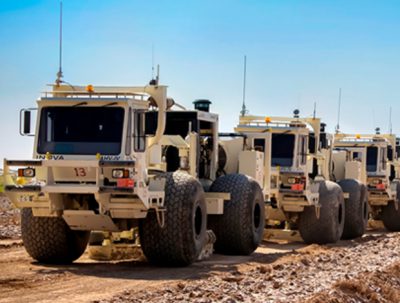 BAGHDAD, February 22, 2017 – Three weeks after Lukoil vice-president and head of Middle East upstream Gati Al Jebouri alluded to the probability of an oil find in Iraq, partner Inpex on Wednesday said the couple had struck a “highly productive reservoir.”

Having analysed preliminary data from production tests, the companies now expect there will be “a high probability of discovering a large oil field depending on the evaluation results of additional exploration activities,” Inpex said in a statement.

The discovery was made in Block 10, where exploration drilling began late last year. Tests of the Mishrif discovery confirmed a daily production capacity of more than 8,000 bopd, Inpex added.

The contract area is in proximity to the Nasiriyah field, home to more than 4 billion barrels of oil in reserves. As such, Kosmynin assumed the existence of stratigraphic traps as well as anticline ones. “The Mishrif and Yamama are believed to be the primary reservoirs in Block 10, with Zubair and Ratawi understood to be the secondary reservoirs. “

In late January, Al Jebouri said that the quantity of crude contained in the deposits would be roughly equivalent to the some 14-billion barrels in the Lukoil-operated West Qurna-2 field.

Preparations for additional exploration work are underway, with one or two additional wells planned for the near term.