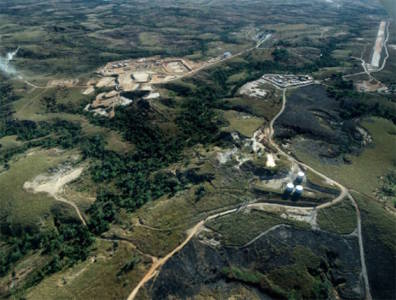 ANTANANARIVO, April 17, 2015 – Junior exploration and production company Madagascar Oil was awarded a contract by the  government for the development of block 3104. The 25-year development mining title will include an option for extension up to 50 years.

The block spans an area of 6,670 square kilometres and contains the Tsimiroro oilfield, which holds an estimated 1.7 billion barrels of oil. The company is now seeking partners to help fund its plans, which call for the production of 6,000-10,000 barrels of oil per day by 2018. Madagascar Oil will be implementing steam-flooding techniques to recover the heavy crude oil that sits 100-200 metres below the ground.

Madagascar Oil has drilled 138 exploration wells over 11 years in the country and has now become the first company to win government approval for development activities.

“This approval will also make the company much more attractive to potential farm-in partners or outright acquirers, some of whom already have an interest on the island, given the strategic importance of the Tsimiroro asset,” a representative from house broke VSA Capital was quoted as saying by UK investment information service Interactive Investor.

Iraqi crude exports may hit record levels in April
Next

Schlumberger will lay off another 11,000 workers