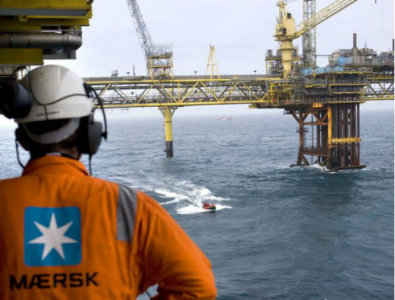 COPENHAGEN, September 22, 2016 – Danish company A.P. Moeller-Maersk on Thursday announced it would be splitting the group’s five core businesses into two units in an effort to counter the effects of a global shipping downturn and the ongoing oil price slump.

The group’s integrated Transport & Logistics unit will be headed by Maersk Line, the world’s biggest container shipping business. It will also comprise the APM Terminals and APM shipping services entities, as well as Damco and Svitzer.

Maersk Oil and Maersk Drilling will continue as an energy unit, either under the Maersk Group umbrella or separated through mergers, listings or joint ventures. The company expects to have its strategy for the hydrocarbons division finalised within the next 24 months. Maersk Supply Service and Maersk Tankers are to be included in the new unit, which will concentrate its efforts on North Sea basins.

Maersk’s oil and gas business, under strain due to lower oil prices, suffered a major setback earlier this year. In June, Total obtained a 30% stake in Qatar’s Al Shaheen field, outbidding rivals BP and Shell for the 25-year contract in a deal that will see the French major take over from Maersk Oil, whose production agreement expires in 2017. The Danish major had expected to be able to continue operating the offshore Al Shaheen field, but was caught off guard by Qatar Petroleum last year as it decided to put the licence up for bid.