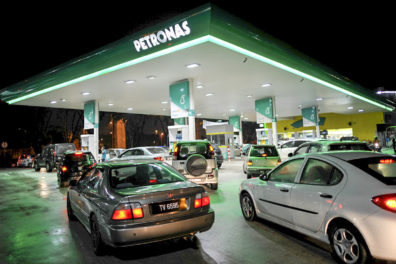 Malaysian fuel subsidies to be eliminated

KUALA LUMPUR, November 21, 2014 – Malaysia’s minister for domestic trade, co-operatives and consumerism, Datuk Seri Hasan Malek, announced last week that the government will eliminate petrol and diesel subsidies beginning on December 1, 2014. Reuters reported that the move could save the government close to $6 billion per year, and help reduce the country’s fiscal deficit to 1 percent of GDP in 2015 from a current 3 percent. In a similar move, Indonesia also reduced fuel subsidies last week by 30 percent, with an anticipated $8 billion in savings expected for 2015. With oil prices down, the move will help the governments to shore up account surpluses. Some 30 percent of Malaysia’s government revenue came from the oil industry in 2013.

Pemex to increase bond sales in 2015
Next