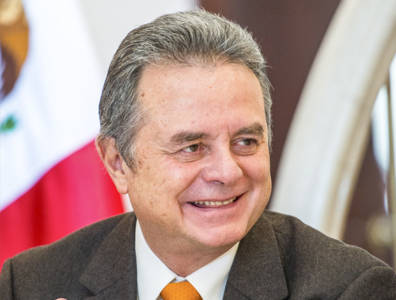 MEXICO CITY, February 19, 2018 – Mexico became the first Latin American country to join the International Energy Agency (IEA), the country’s Secretariat of Energy said in a press statement over the weekend.

Mexico was invited to become the IEA’s 30th member country in June 2017; however, its official status was not recognised until the Senate signed and ratified its membership this past Saturday.

“With this final step, Mexico enters the most important energy forum in the world,” said Secretary of Energy Pedro Joaquín Coldwell. “We will take our part in establishing global energy policies, we will receive advice with experience in international best practices and we will participate in emergency response exercises.”

The country’s admission is part of the agency’s strategy to be more inclusive of emerging economies, especially hydrocarbons producers in the African, Latin American and Asian regions.

“It is a historic day because we welcome our first member country of Latin America, with more than 120 million inhabitants, a major producer of oil and a cardinal voice in the world of energy,” IEA executive director Fatih Birol said. “The ambitious and successful energy reforms of recent years have put Mexico firmly on the map of global energy policy.

Mexico had first formally announced its interest in joining the agency in 2015, following its first steps to open the domestic oil and gas industry to private participation through a series of energy reforms.

Noble exits Gulf of Mexico
Next

Largest US auction to take place in March