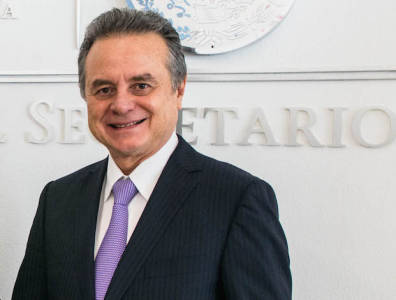 Mexico lays out bid round blueprints

MEXICO CITY, July 3, 2015 – The Mexican energy secretariat has released a five-year blueprint for the country’s first oil and gas bid round since the industry was denationalised.

Energy Secretary Pedro Joaquín Coldwell said 670 exploration blocks will be on offer, along with 244 fields ready for development and holding an estimated 108 billion barrels of oil equivalent.

The plan will be finalised by September 30 following input from oil and gas companies.

An initial tender set for a July 15 launch is auctioning 14 shallow-water exploration blocks. The blocks will be auctioned by state oil and gas company Pemex.

The country aims to hold yearly oil and gas tenders. Its Round Two, set for 2016, will auction four deepwater gas blocks in the Lakash area in the Gulf of Mexico.

Mexico enacted a far-reaching Energy Reform Act on August 11, 2014, that ended Pemex’s 76-year monopoly over the oil and gas industry.