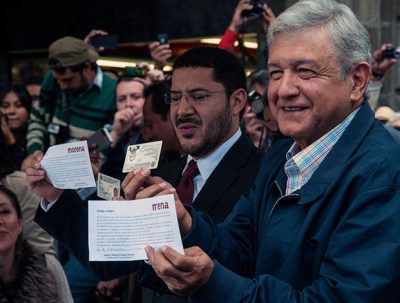 MEXICO CITY, December 3, 2018 – Andrés Manuel López Obrador, who was sworn in as Mexico‘s new president on Saturday, has said that he will discontinue the energy reform started in the country in 2013, local media reported over the weekend.

“The energy plan designed in the neoliberal period is not going to be carried out. That is very clear,” López Obrador told local newspaper La Jornada the day before assuming office. “Economic zones designed for that purpose will no longer exist.”

Instead of relying on foreign investment in Mexico’s recently-liberalised oil and gas industry, the new president plans to refocus efforts on strengthening NOC Pemex to boost domestic production to 2.4 million bopd by 2024.