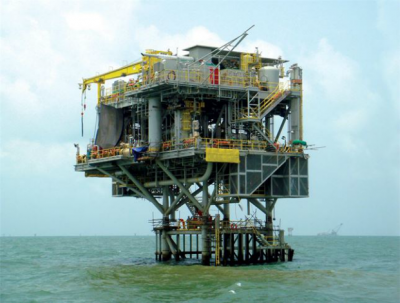 ABUJA, May 6, 2016 – Chevron late on Thursday announced that one its platforms in the Niger Delta had been attacked, sparking fears of an uptick in violence as the group that claimed responsibility for the hit vowed to continue its campaign.

The attack on the Okan facility, which occurred late on Wednesday, was claimed by the so-called Niger Delta Avengers, local media reported, which also wrote that the militants would expand their campaign of violence in an attempt to cripple the Nigerian economy. “This is what we promised the Nigerian government. Since they refused to listen to us we are going to zero the economy of the country,” the group said, adding that they would target major oil installations in Abuja and Lagos next.

Chevron has yet to comment in detail on the incident. Late on Thursday, the company put out a statement saying that the platform was shut-in and that it was “assessing the situation.” President Muhammadu Buhari later condemned the perpetrators as “vandals and saboteurs.”