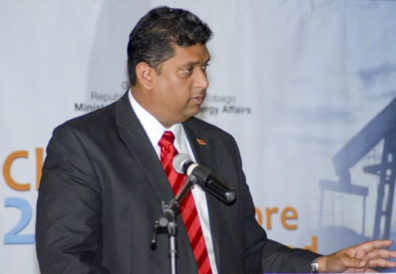 PORT OF SPAIN, October 31, 2014 – Kevin Ramnarine, minister of energy and energy affairs, presented cabinet a report on October 31, which stated that in light of falling oil prices, new oil production expected in Trinidad would act as a temporary solution. Ramnarine announced that oil production in the country had reached a three-year high of 85,000 barrels of oil per day with news that three onshore blocks ­– Rio Claro, Ortoire and St. Mary’s at Moruga – will see production before 2015. Rio Claro is operated by Lease Operators, a subsidiary of Well Services Petroleum, while Ortoire and St. Mary’s are blocks operated by Touchstone Exploration and Range Resources.

The administration of Kamla Persad-Bissessar and the Ministry of Finance and the Economy, in the September 2014 budget for financial year 2014/15, decided to peg a budgeted oil price of $80 per barrel to West Texas intermediate prices. At the time of writing, the Texas light sweet benchmark was trading at around $81 per barrel.