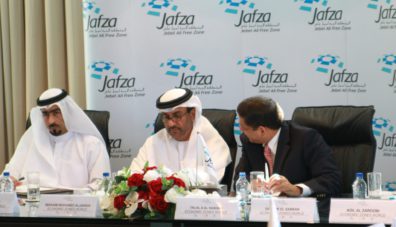 Adil Al Zarooni, the senior vice-president for Jafza’s sales division, told the crowd at the Strategic Customer Forum for Petrochemical, Oil and Gas and related Machinery companies in Dubai’s TechnoPark recently, that the sectors generated $14 billion worth of trade over the past fiscal year.

At the conference, organised by Jafza’s parent company Economic Zones World, Al Zarooni attributed the growth to the rising demand for petrochemicals in the GCC and in Asia’s developing economies.

“Rapidly growing economic activities in the GCC and emerging economies in south and Southeast Asia will continue to drive similar or better growth in the petrochemical sector in the coming years,” Al Zarooni told the conference.

Salma Ali Saif Bin Hareb, CEO of Economic Zones World and Jafza, highlighted a year-on-year growth of almost 10 percent in the Chinese and Indian manufacturing industries as providing increasing demand for polymers and petrochemicals, both of which are produced in the UAE.

Hareb also added that the proliferation of hydraulic fracturing activity and shale gas exploration in regional upstream activities in the UAE, Saudi Arabia and Oman would continue to open new opportunities for Jafza-based oilfield services and technology firms.

“These projects could be a game changer for fracking in the region but they will require significant investments on developing infrastructure. This again opens huge opportunities for Jafza-based companies,” Hareb said at the conference.