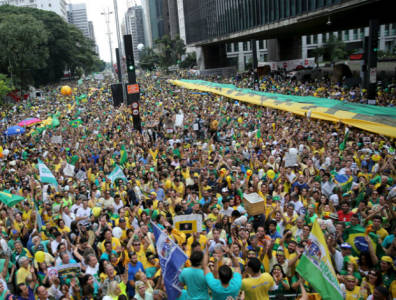 The announcement came amidst the largest-ever protests staged in Brazil that saw as many as 1.4 million people in São Paulo alone demand the removal of President Dilma Rousseff. Police estimates say about 3 million Brazilians took part in the nationwide protests on Sunday, with large gatherings reported in Manaus and Brasilia.

On March 8, Marcelo Bahia Odebrecht was sentenced to 19 years imprisonment. Four other company executives were slapped will similar sentences. The same verdict also put three Petrobras executives behind bars. The following day, charges were brought against the former president.