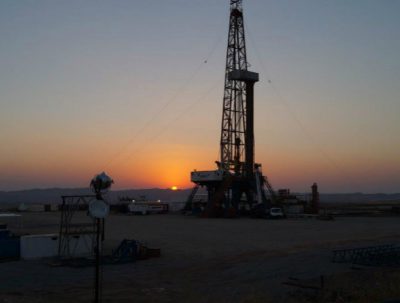 LONDON, June 30, 2016 – Africa-focused independent NewAge on Thursday announced it had secured a USD 425-milion senior secured loan facility, which will be directed towards the company’s production activities in Nigeria, Congo-Brazzaville and the Kurdistan Region of Iraq.

The borrowing facility was provided by a lending consortium led by EIG Global Energy Partners and Africa Finance Corporation. “We are pleased to have concluded this debt facility with a group of highly respected lenders in a difficult market. Our developments work at low break-even prices, offering good returns even in the prevailing commodity environment, and have attracted commensurate financing,” NewAge CEO Steve Lowden said in a statement, adding that the company had secured USD 600 million thus far in 2016. As of Thursday, NewAge had drawn USD 350 million from its most recent facility.

In April 2016, the company announced the completion of the Shewashan-2 well in the Kurdistan Region’s Shewashan oilfield, completed over the Cretaceous reservoirs. Phase one is in progress and will achieve 10,000 bopd this year through the use of a leased early production facility, with the oil being trucked to a nearby refinery, Lowden told TOGY earlier this year.